In this review we're gonna be taking a look at the Eachine US65. This is a 65 mm brushless micro quadcopter that runs on 1s lipo. It's not super powerful but absolutely well-balanced little micro, thus making it perfect for indoors whooping. Let's go over its features, show you how to set it up, and fly it both indoors and outdoors.

The micro US65 is available in various country-design options. Not our favorite choice, but you can switch to other frame&canopy options, like from it's brushed counterpart UR65. You can choose between two types of receivers; Frsky and Flysky options.

Eachine US-UK65 Bind and Fly Micro is currently on discount. The charger here is really nice touch, you also get three 1S 250 milliamps batteries, some tools and some extra propellers.

But pay attention that you're getting two types: one is four edge prop and the second one is a three-edged. So since you get in only one set of each propellers I recommend to get a couple of extra ones.

The instruction manual is detailed and straight to the point.

Now the VTX isn't the greatest VTX on board. I did test it outdoors, it doesn't have much penetration. But again this is not meant for outdoors because it was fighting the wind like absolutely crazy.

Let's take a closer look under the hood in more detail. The US65 is the newest micro quad from Eachine. Up to now every brushless motor that's gone in at a tiny whoop hasn't really been a benefit, compared to the brush version. But with this one, Eachine has hit the sweat spot it terms of size and the power. In my opinion definitely better than a brushed tiny whoop. Eachine managed to keep the weight pretty similar to the original brushed tiny whoops that came out. Without a battery it weighs 21 grams. Around about 19 to 21 grams is where you want to be at with a tiny whoop. It is 28 grams with the included battery. We have got Crazybee all-in-one F3 board here. This is the version 1.2. It features a built-in receiver either Frsky or Flysky depending on the version that you bought. It's got ESC is built into it, they are DShot 600 capable. You can have beacon on the motors, you can also do the turttle mode.

It also has a SPI receiver built into it with telemetry. So if you are doing Frsky it will send the RSSI back to the transmitter. You can do Lua scripts, so you can do PIDs from your transmitter. It's got a built in 40 channel 25 milliwatts VTX that is connected up to smart audio. It really does do absolutely everything.

The camera of the front is a CMOS camera; but you really have to have that with a whoop anyways, and it's a pretty decent quality.

The batteries that you get are a high volt, they're 250 milliamp and it says that they are a 80C. I mean that doesn't really mean that much with a tiny whoop. And there is standard 2 millimeter JST connector to plugin the bat.

The charger input voltage is between 7 to 25 volts and you can power it using an XT60 battery,  DC 12V  charger or USB . In addition you can set the terminal voltage per cell. By default it is set to 4.2 you can also choose 4.35 volts.

Binding Eachine US 65 is done by pressing the bind button, which is located on the top of the Flight Controller. It is accessible without removing the top canopy, but I would recommend to screw the canopy off and have clear view there, or you might damage the bind button.

The default bind mode is D16. You can configure it also to D8 in beta flight.

In part 2 we're gonna cover all the aspects in detail. For now I ordered extra frame and canopy from UR65, just to upgrade the aesthetics 🙂 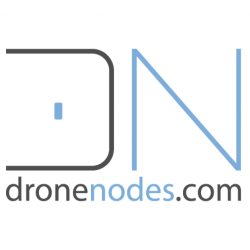 Drone Nodes is online communication platform that brings together experts&enthusiasts in drone research, start-ups, education and business across the globe.