“What if you take our popular MegaBee frame and optimize it in every detail? You get the BumbleBee!”  The BumbleBee is a collaboration between iFlight and Laurent Athenol who is the maker of the BeeBumper frame. This BNF has received mixed reviews from reviewers being outperformed by most of the competition while at a higher price point. This cinewhoop is made for angle mode cinematic flying, while flying steady and smooth it performs like a beast, as soon as you start going wild on the stick it bucks you off like a wild horse

The cinewhoop comes as a BNF for analog and DJI. We got the analog 4S version which will be the cheaper option costing you around 300$. You can chose your receiver that will come preinstalled and tucked away in a 3d printed part. On the iFlight web site you can get accerories like TPU GoPro mounts and ND filters, if you dont own a 3D printer this is a must since a cinewhoop is meant to capture HD footage.

IFlight's BumbleBee is the one most capable cinewhoop on the market by specs, only out-speced by the Holybro Kopis CineWhoop for a simmilar price.

The quadcopter came well protected in its box, it came with extra sets of props and some extra screws. It also came with an 90 degree micro usb adapter which is used to accces the FC. The DJI version comes with a usb-c adapter since its FC and AirUnit use usb-c. The quadcopter is color matched with its 3d printed parts in black and yellow making it visually appealing, sometimes making it look like a toy which it is definitely not. The frame it self is a unibody design, meaning if you break an arm you have to replace the whole top or bottom plate. The design of the frame it self is pretty simple, just two plates with standoffs to support the foam and 3d printed PLA ducts.

One of the main problems with this frame design is that if you want to work on the quadcopter, you have to take off the whole top plate held by 12 screws, but lets be honest you will do that not more than twice. The real problem is that the ducts are PLA and not TPU. In a few crashes the PLA ducts are the first to crack, than the frame. To be honest the PLA ducts are not even necessary they just add weight and after taking them off you save about 50 grams and add some much needed thrust.

To learn more about cinewhoops and their design check out our cinematic fpv drone Guide. All iFlights products use their electronics, love them or hate them, the Succex-e stack is one compelling 20x20 stack. The market is filled with 20x20 F4 + BLHeli_32 ESC stacks, but the iFlights makes me confident that it wont fail on me like some of the mamba stacks are known to. Having BLHeli_32 is a huge plus, being able to run RPM filtering and 48KHz, which sould be your first two modifications on this quadcopter. The FC has 8Mb of storage for blackbox and has UARTs for LED if you wish to add them.

The whole stack is suspended on gummies, this is a genereal trend with all micros that the stack is somewhat freeflowing. The ESC comes with a low ESR capacitor preinstalled. The VTX is connected to the antenna via MMCX pigtail, the the RP-SMA connector is held by a TPU mount which is not ideal since the TPU has flex the vibrations allways unscrew the RP-SMA connector and make it loose, that sometimes produces noise in the video feed. My suggestion is to add washers and tighten it as much as you can without breaking the mount. Its not a big deal but if you fly more then 3 packs at a time it will come undone. The Caddx Ratel is one of the best cameras on the market right now. Paired with a 2.1mm lens it is perfect for cinematic flying. The 1.6mm lens would be too wide and branches would be hard to spot. They could have used a lower end camera and it would be fine, but this just goes to show how much good gear they've put in! This is where it gets weird, iFight is know for its unibell design motors, and there have been examples of a dual/uni-bell motors around the internet. Where the motor looks the same as their NexGen motor that is unibell but has a visible assembly line that indicates that it isnt unibell.

IFlight has changed their motors since the BumbleBee came out and the version 1.3 features a new 1408 motor that is higher and looses its curved design. Both versions offer the same KV and should perform about the same. The iFlight NexGen motors are one of the best in the industry, they should be on par or even better than any on the market right now.

The NexGen motors are really smooth and really pretty. They do get pretty hot at any tune and prop combo, that is a given due to the power/weight ratio of cinewhoops. The old 1507 motor offers more torqe compared to the new 1408, but you really dont need torqe on a cinewhoop soo the 1408 should be the better choice. Soo why does it fly soo bad?

The quadcopter on paper looks like it should be the best, deisgned by the cinewhoop master Laurent Athenol this quadcopter was sopposed to be the end all best in class cinewhoop. There are a few explenations why the quadcopter flies soo bad but the most important is: "this is not a freestyle quad, but a tool to capture footage" when used in that context it is pretty good at its job. When people first get it they start doing flips and rolls and get dissapointed at the performance, but this thing is soo heavy it can barelly fly and its sopposed to be.

When flying close to the ground the leaves and dirty air produces alot of propwash and the footage is just unusably unstable. The quad is visibly strugeling to keep up.

After  months of testing and tuning I have finnaly achieved what I thing is the best it can fly with BetaFlight. First off change props, Ive tested 6 different sets and the Gemfan Flash 3052 were the ones with the least propwash while cruising. The wind is a huge factor with a cinewhoop, even a weak gust will interfere.

To get the best performance you wil have to flash the newest version of BLHeli_32 and Betaflight. Set the PWM Frequency to 48Khz, enable RPM filtering and disable airmode. On newer versions of betaflight the tune is not a factor in flight performance, what you want to focus on is filtering. Try experimenting with filtering but you shouldn't slide all the way to the right since the whole frame is one big bell resonanting vibrations, filtering is really important on this quadcopter even with the whole stack suspended in gummies.

After the setting applied and new props installed the BumbleBee performs just like the cinewhoop is was meant to bee!

The iFlight BumbleBee will be remembered as the one of the worst 3" cinewhoops being outperformed by allmost all competition while being more expensive and heavier. But the platform has potential, we have seen many files on thingyverse with real ducts for 3" props that should give this quadcopter the thrust it desperately needs. The main question is should you buy it? And the answer might dissapoint you. Propably not, Cinewhoops are tools not toys, made to capture HD footage and not rip at a field. If you dont have time and patience to tame this beast you should look elsewhere. Check out our guide on CineWhoops to see which is the best for your needs.

This is a great alternative for field fun flying and flies amazing out of the box, if you want you can add the propguards and it becomes a CineWhoop! 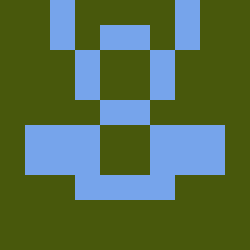 Latest posts by Timon (see all)