FPV stands for First Person Viewing. Why do we need a camera? Good question right!!! An FPV camera must provide a live analog video feed to the pilot such that the pilot can maneuver his drone. The video feed from this FPV camera is going to help the pilot to fly. HD cameras are another breed of cameras used on mini quads. Now the next question that comes to your mind is why there are 2 different types of cameras?

Both the FPV and HD camera are 2 types of cameras serving 2 different puposes.

HD cameras record ultra sharp videos which are a treat to look at.

The latency from the HD camera is too high to be transmitted (approximately 150ms) and hence cannot be used for live video transmission, whereas FPV camera’s can’t record HD videos (or can they!! More on this below).

FPV camera’s come in all shapes and sizes. To simplify the buying process, below listed are some of the factors to consider which helps a person to evaluate a FPV camera and pick up the right one.

CCD (charge-coupled device) and CMOS (complementary metal oxide semiconductor) sensors are the 2 types of image sensors used in FPV cameras where they mostly vary by how the image is captured by the sensor placed in the FPV camera. FPV cameras convert light signals into electrical signals so that they can be transmitted by the analog video transmitters. Both CCD and CMOS image sensors start by capturing the image and converting the image into digital signals. The next step is to read the value (electrons or charge accumulated by the camera). This is where the similarities between the two end. The major difference is how the electrical signal is processed and outputted.

In a CCD image sensor, the electrical signal is transported across the chip and are read at one of the corners of the array. The electrical charge from line of pixels is transferred to the next, until all the pixel lines have completed outputting. If you didn’t understand any of the technical stuff above, know this: CCD image sensor’s creates high quality images and are less susceptible to electrical noise. CMOS tend to have lower light sensitivity while consuming significantly lower power than a CCD image sensor. CMOS also have a lower image quality, but with constant improvements CMOS sensors are trying to catch up with CCD sensors.

There are 4 major camera sizes- Standard, Mini, Micro and Nano size. These cameras are categorized based on the mounting holes that help to mount the camera to the frame. Each drone frame is different and support particular camera sizes. Hence it is important to take note the camera size before buying the camera and rather have an incompatible camera that is too large or too small to be used on the frame you intend to use. The standard size was decided by the Runcam Swift when it was launched back in 2017 with mounting holes 28mm apart. They fit all the larger frames and some medium sized frames as well. They are also used in RC airplane FPV. Micro sized cameras are used with ultra-light racing drone frames where saving every gram of weight becomes essential. But don’t be fooled by the size as it can perform as well as the standard sized camera. The mounting holes are 19mm apart. Nano cameras have no particular mounting options in. They don’t normally come with hard cases such as the standard sized cameras. They are mostly used on 2” or under, sized quads.

Aspect ratio refers to the image size that is being displayed on a monitor or screen. A 16x9 image format will have a wider and shorter image than a 4x3. The 4x3 image format may appear to be taller. There are FPV pilots who prefer both the 16x9 and 4x3. But it is widely accepted that a 4x3 image format helps in flying better because of the taller image.

FPV cameras require time to capture and process the image. This time taken by the camera to convert an image into electrical signals is known as latency. Lower the latency the better.

Latency may not just be attributed to the camera itself. Video transmitters and the LCD screens in the FPV goggles may also add to the latency.

If you are flying slow and closer to you latency does not pose a major concern for the buyer. But when flying a race quad at 100mph with a 100ms delay from the FPV camera, the drone is 4m ahead giving you no time to react and correct on your inputs.

Input voltage refers to the range of voltages that can be safely supplied for the safe operation of the camera. A well built FPV camera will support a wide range of voltages with most modern cameras having voltage supports of up to 35v. The camera’s have an in built linear BEC that steps down the voltage to 3.3v (the internal working voltage of the electronics inside the cam is 3.3v). Input voltage refers to the range of voltages that can be safely supplied for the safe operation of the camera. A well built FPV camera will support a wide range of voltages with most modern cameras having voltage supports of up to 35v. The camera’s have an in built linear BEC that steps down the voltage to 3.3v (the internal working voltage of the electronics inside the cam is 3.3v).

It is not recommended to supply a large voltage for the camera as it has a lower operating voltage internally. Higher the input voltage harder the BEC works to step down that voltage. Supplying a lower voltage also keeps the camera cooler comparatively.

So it is recommended to supply a lower input voltage. Most modern FC’s have filtered voltage supplies dedicated for FPV camera, so it is worth taking a look at the FC you are going to be using. Voltages within 12v is considered nominal. Field of view (FOV) refers to the observable area captured by the camera. The camera’s lens size determines the FOV. Smaller the camera lens, larger the FOV.

Larger FOV allows you to see more but that may not necessarily be a good thing. With larger FOV it becomes difficult to observe the minute details such as branches of trees. With our limited vTx’s it becomes much worse. A FOV between 130-150° is considered ideal with a considerable amount of view and exceptional details. The below diagram illustrates a narrow and wide FOV camera. Video encoding is the process of converting video signals (in our case electrons from the FPV cam) into a format that can be read by monitors (FPV monitors or goggles). This is usually taken care by the FPV camera. The most commonly used video formats are NTSC (National Television System Committee or PAL (Phase Alternating Line).

NTSC with its higher frame rates allows for a smooth video playback. PAL with its slightly better resolution allows for sharper texts from OSD. But it’s based on your personal preference. Pick a video format that works for you. Since most FPV camera’s support both formats, it’ll be easier for one switch back and forth and pick one that works. TVL stands for TV Lines. TVL is the measure of resolution of analog cameras. A 1000TVL camera can capture 500 Black and 500 White alternating lines in one frame.

A good WDR enabled camera tends to have the perfect balance between overexposure and underexposure. Most modern FPV cameras have WDR enabled by default, but the WDR ability of the camera is not generally published by the manufacturer.

Other factors to consider

Camera’s work by capturing the light reflecting off a body. At evenings and even at night, with the sun not providing light, it becomes very difficult to see for the camera. Low light performance, as the name suggests, it is the ability of a camera to capture images at very low lighting conditions.

Low light performance is not something to be mistaken for WDR. Some FPV camera’s claim 0.00001 Lux (A unit to measure the illumination of light) compared to the living room lights of an average home at 50 Lux. So people flying at night should consider this as a deciding factor.

OSD is the ability of the camera to overlay flight information. The OSD on the camera can provide us with only basic information such as the approximate battery voltage. If you’re flying quads this factor is not that Important because Drone Flight Controllers have dedicated OSD chips to take care of this.

But if the camera is going to be used on an RC airplane which has no dedicated FC or OSD chips, the OSD information provided by the camera becomes essential. So why do people use HD camera’s rather than using DVR (Digitial video recording) on their goggle’s? The answer is simple, Pilots simply don’t like to use the video (which has a lower resolution and filled with static or noise) provided by the DVR. This HD video feed can be used for aerial photography, inspections or upload the videos to Youtube and show off the pilot’s skills.

Traditionally large bulky and expensive HD camera’s were used, where a decent HD camera would cost upwards of $150. But with advancement in technology, HD camera’s have been miniaturized into a tiny 36x36 PCB.

In the above image shown is the Runcam split 2, one of the first HD/FPV cameras. Not only does this improvement eliminate the need for standalone FPV camera’s by providing video out for the analog vTx’s thereby reducing weight and also record videos at 1080p/60fps.

The video gets recorded on a SD card and accessories include a wifi module for wireless communication with the board.Though we do not recommend this 2in1 FPV camera’s for a beginner, but would would be a fine upgrade for intermediate to advanced pilots and subsequent builds for a beginner. Default or factory settings normally work fine, but FPV community experts tweak with this settings and sometimes have better results than factory settings. Every FPV camera is different and hence it is recommended to surf the web and check if there are changes worth doing to the settings that may or may not work for your particular use.

So what have we learnt so for, FPV camera terminologies, factors to consider and other useful features to look into when buying. This article tries to give you a brief idea and by no means covers everything. Every pilot flies in a different environment and hence the recommended FPV cam may change, but the factors to consider play a major role in buying a FPV cam for your needs.

If you are not confident enough to decide on your own, below listed are some of the best performing FPV cameras in the market.

DN
Drone Nodes is online communication platform that brings together experts&enthusiasts in drone research, start-ups, education and business across the globe.

Getting Into Cinewhoops | Cinematic FPV Drones 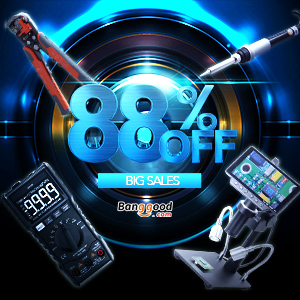 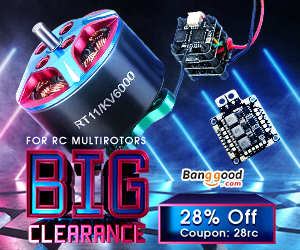