FPV makes use of 5.8Ghz for video transmission and 2.4Ghz and 900Mhz for radio signal transmission. 5.8Ghz was used for FPV because this frequency was freely available for the public to make use of. The other gadgets making use of 5.8Ghz include Wi-Fi routers, Bluetooth, cordless telephones, baby monitors, and automatic garage door openers.

Assume there’s a highway and cars are zipping through. The number of cars passing through a point is known as the frequency of cars on that highway. Similarly, Radio Frequency is the number of radio waves that pass through a point in a second. A typical radio frequency ranges between a few Kilohertz used for AM radio broadcasting up to several hundred Gigahertz; Hertz is the unit with which Frequency is measured.

Tip of the day- If you are constantly losing your video signal, it is possible that one of the wireless gadgets in your house is interfering with it. Turn off your Wi-Fi router. The channels are equally spaced in a particular band and the channel separation varies from 19MHz to 40MHz. The L (low) and H (high) bands and some other bands that exist like the “U” band with a starting frequency of 5325MHz and “O” band with a starting frequency of 5474MHz fall outside the legal frequency allocation bands cannot be used, legally at least. The most commonly used bands are A, B, C, D, E, and F.

Simply put, Intermodulation Distortion (IMD) is the phenomenon where 2 radio frequencies combine to form a third undesired frequency. IMD is undesirable unwanted frequency emissions that are called sidebands lead to adjacent channel interference which can reduce the spectrum usage.

The IMD waves can be calculated with simple formulas- (2F1 -F2 ) and (2F2 -F1 ). When radio waves are involved, the third-order intermodulation products are significant because they fall in the neighborhood of the original frequency of the radio wave. Let’s take an example and see the effects of Intermodulation distortions. Let us assume Band B channel 3 (5771) and channel 4 (5790). How to avoid Intermodulation Distortion?

Now the frequencies 5676 MHz and 5904 MHz fall in the no man’s land. Band B or any other band does not contain either the 5676 or 5904 MHz. Here’s your answer, this is how you avoid IMD. Pick 2 extreme frequencies where the distorted waves do not coincide to form a frequency that might possibly cause interference for a third pilot.

When three pilots are involved, pick the frequencies on the extreme ends of the bands and the third frequency that does not coincide with the IMD waves of the first 2 frequencies. For 4 pilots, picking Channels 1, 2, 7, and 8 should mostly avoid this confusion. Things get complicated when more than 4 pilots are involved and IMD between the same band becomes unavoidable. MultiGP drone racing championships make use of predefined profiles. The profiles are

Notice how the frequencies are in the middle of the Band and the extremes of the band? That is to avoid IMD. IMD6c can accommodate more pilots without drastically hampering the video quality of adjacent pilots.

It is advisable to use channels that have large channel separation. Take a look at Band A channel 1 and Band B channel 8, the separation is just 1Mhz. Switching between Bands and picking the right Band is just as important as picking the frequency itself.

Never turn on your quad when someone is still flying or at the very least know what frequency they are flying on. We don’t want you to the reason for someone to lose their $600 quad.

The biggest problems when flying in the Urban jungles called cities- Wi-Fi, Wi-Fi also makes use of 5.8GHz. If your video signal is grainy or you are constantly losing signal, try changing up the channels.

Using a very high powered video transmitter will just blow out the video of the other pilots regardless of the frequency. 200mW is more than sufficient for most pilots, going any higher should be avoided when more pilots are flying.

A bunch of RHCP and LHCP antennas could be used. Though RHCP is more common, when someone is starting out into FPV LHCP could be employed.

With a little bit of calculation and careful planning, multiple quad pilots can fly together. Ensuring sufficient frequency separation between bands and enough separation between the bands themselves can help prevent from Intermodulation Distortion waves being formed. A person flying alone does not have to worry about IMD, but some of us are fortunate to have FPV buddies and to them this article would be most helpful. The above mentioned safe practices are best followed to avoid losses. We hope this article helped you gain insights into the factors at play when picking a frequency and how to avoid disturbances. 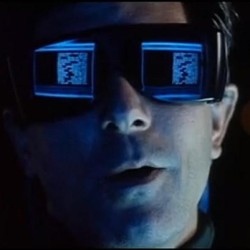 Latest posts by Matija (see all)